My dad's recently taken up archery, he bought a bow second hand from someone at the club, it's an SF archery premium plus 25? riser with SF archery elite fiber/foam limbs: 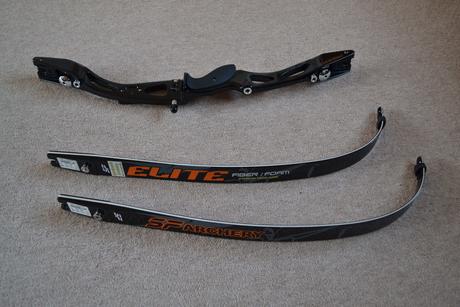 And he asked if I would set it up for him. The bow has hardly been used however it has a potential issue. I was alerted to it by one of the limb detent, pin and spring being missing and both caps being loose: 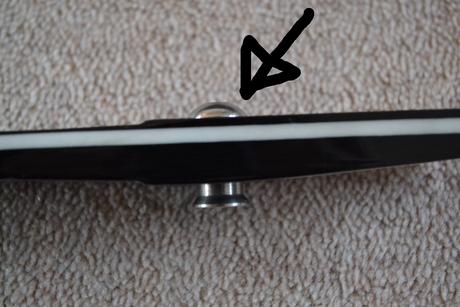 It took me while but I worked out what has been done,

The riser tiller bolts have been loosened so far (to achieve a lower draw weight) that the dovetail shape was binding on the inside of the riser and leaving a gap between the top of the limb and the tiller bolt: 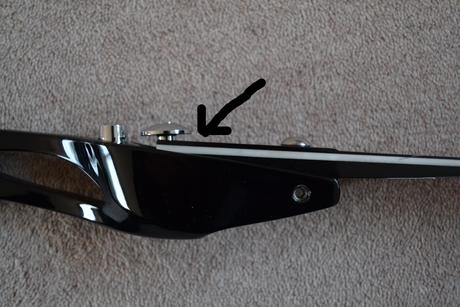 To get the limbs to sit properly the caps have been loosened to allow the detents to pull out of the limbs. I didn't think of taking a photo before I tightened the caps to pull them back in so here's a drawing of what it looked like: 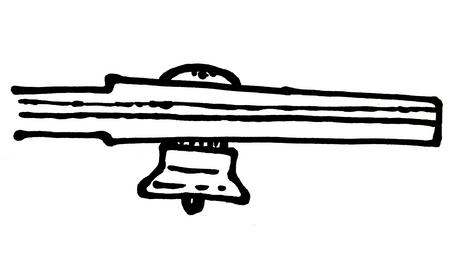 My main concern is that the detents have been twisted inside the limbs by the force of stringing the bow, and given how tight they are pushed into the limb, could it have damaged the lamination of the limbs? And are they safe to use now I've wound the tiller bolts back down to a safe position and tightened the detents? Or should he just buy new limbs to be on the safe side?


I would be grateful for any advice anyone here can give me, thanks
G

Supporter
I would remove the tiller bolts from the riser and check the threads on the bolts and in the riser; if that is possible.
With the limbs off, run round the limb butts with a Q tip or similar to see if anything snags on the fibers, indicating some cracks or splits
Then I would put the limbs into the riser as they are now and string the bow. Do not draw it, though. Measure the tiller difference and check the alignment top to bottom and the limb tips to see if they are facing straight ahead and in line with each other.
Then I would take off the string and adjust the tiller bolts to a different setting and restring the bow. Repeat the checks.
If the checks show nothing odd, half draw the bow a few times unless the first draw makes odd noises.
When you adjust the draw weight, from high to low, try to detect any roughness or stiffness as you turn the bolts. If they have been bent, there could be a stiff spot as you reach the bend. Check the indent fittings for any movement in case the fitting hole has been damaged creating slack.
If you are a bit timid just thinking about that; get new limbs.
A

Supporter
AIUK Saviour
I would be surprised if the serrated body of the dovetail bolts have been twisted/bent considering their diameter and short length. I have replaced missing dovetail bolts in limbs and the biggest worry was wear of the limb bolt hole. Fortunately I would think that it is unlikely that here would be any delamination of the limb layers especially as this is the thickest part of the limb. In any case when you re-tightened the bolt cap you were in effect clamping the lamination's together. Do what Geoff suggested and if all sounds/feels OK shoot the bow. I would also have a word with the seller and let them know the state of the items they sold!
M

Thank you very much to both of you for your advice

I did all the checks suggested and couldn't find anything wrong, I hadn't even thought of the possibility that the threads in the riser might be damaged, fortunately they were fine (if the bow had been used more than a few times they may not have been) Unfortunately we can't have a word with the seller as the seller had already left the club and the items were sold on behalf of him by somebody else

So, after spending quite a while setting up the bow properly, it turns out that with the tiller bolts in the correct safe position adding about four pounds to the draw weight the limbs are to heavy for him anyway and he'll be getting new ones, no harm done oulies:

Have you checked how many turns out they are from fully wound in, you have at least 5 turns out from the picture they do not look unusual the limbs do not fit level as you suggest in you picture.

When you strung the bow did the limbs then locate on the limb bolt sometimes if the "U" fit is tight the tension of stringing locates them correctly.
M

Whitehart said:
Have you checked how many turns out they are from fully wound in, you have at least 5 turns out from the picture they do not look unusual the limbs do not fit level as you suggest in you picture.

When you strung the bow did the limbs then locate on the limb bolt sometimes if the "U" fit is tight the tension of stringing locates them correctly.
Click to expand...

No, the tiller bolts were to far out and there wasn't many threads left, the only way the limbs were able to locate correctly was for the detents to have been pulled partly out of the limbs, I wouldn't like to try to string the bow with the bolts wound out so far, it would put to much stress on the limbs at the point of the detents, I find it scary that both me and my dad shot with the bow at the club before I'd found the problem